John the Baptist lived and died in Jordan. Visit the site where he baptised Jesus and the ruins of the palace at Machaerus where he was beheaded at the request of Salome. Also see Madaba, Mt Nebo and Petra in this detailed itinerary. 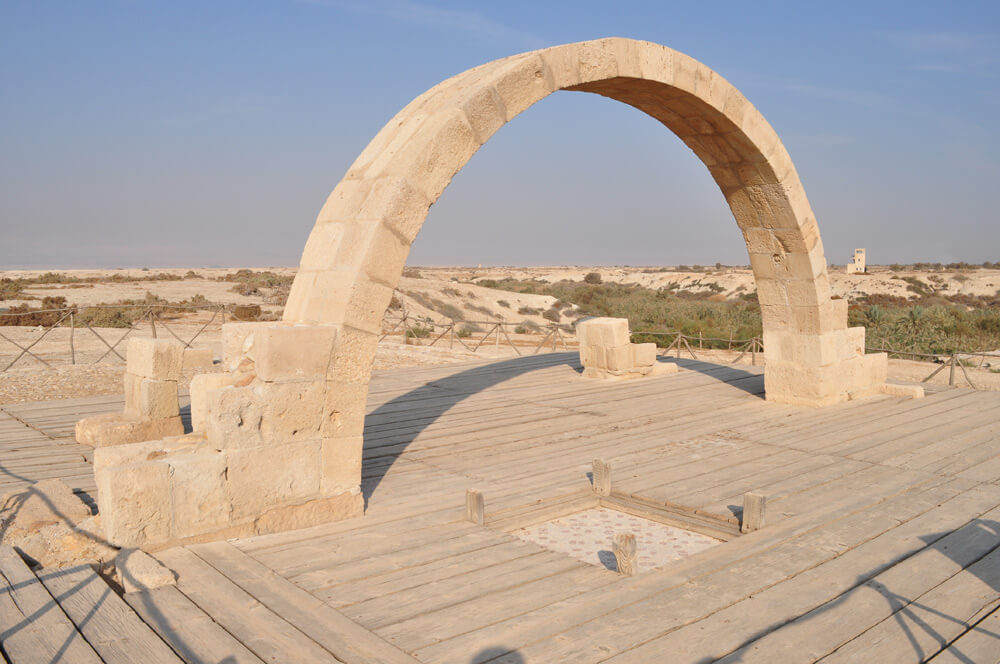 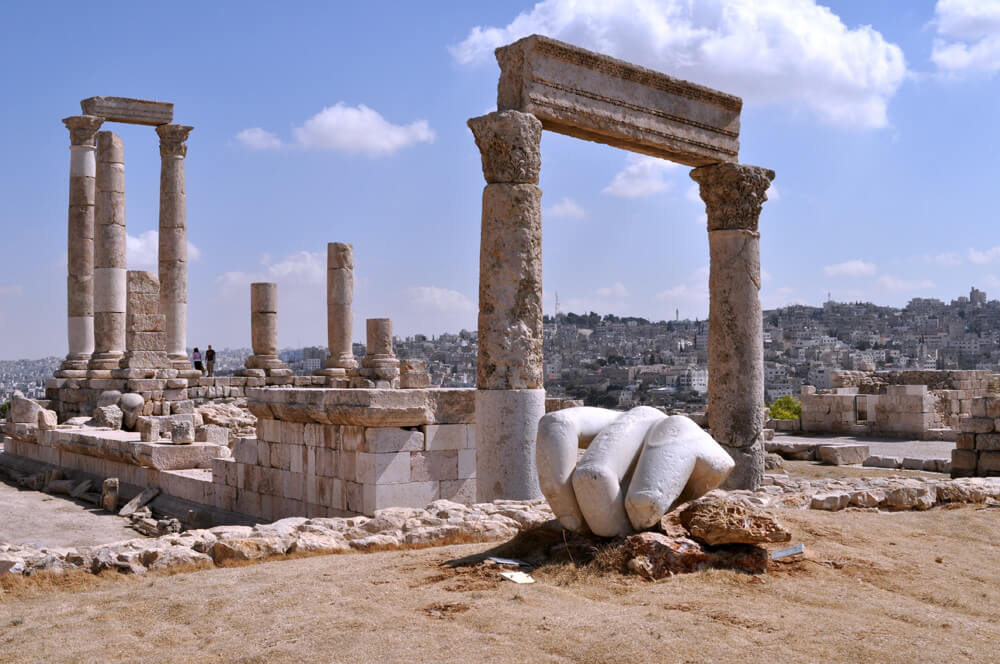 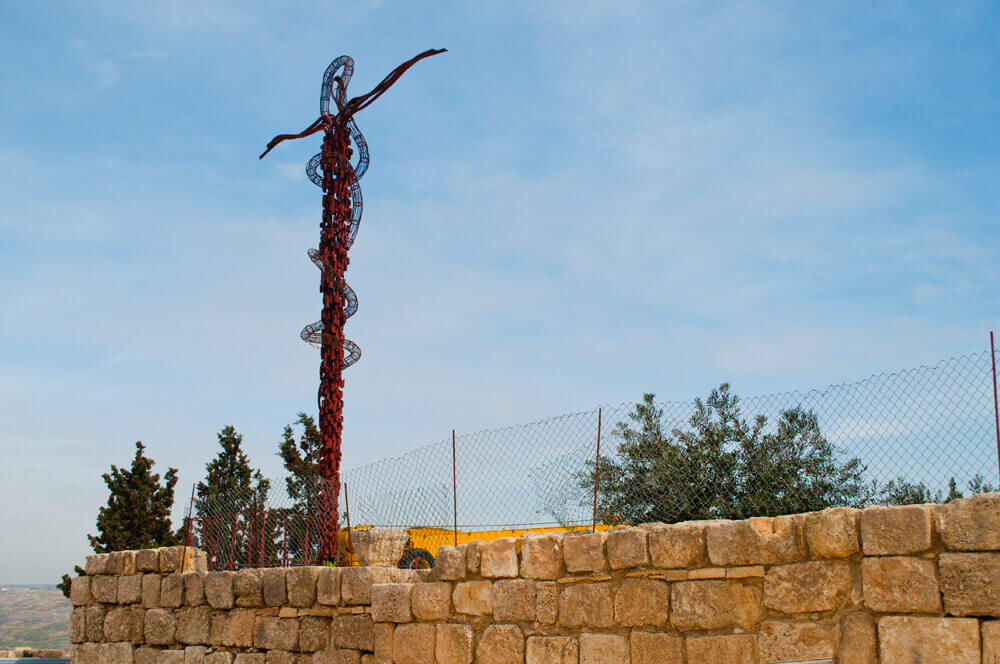 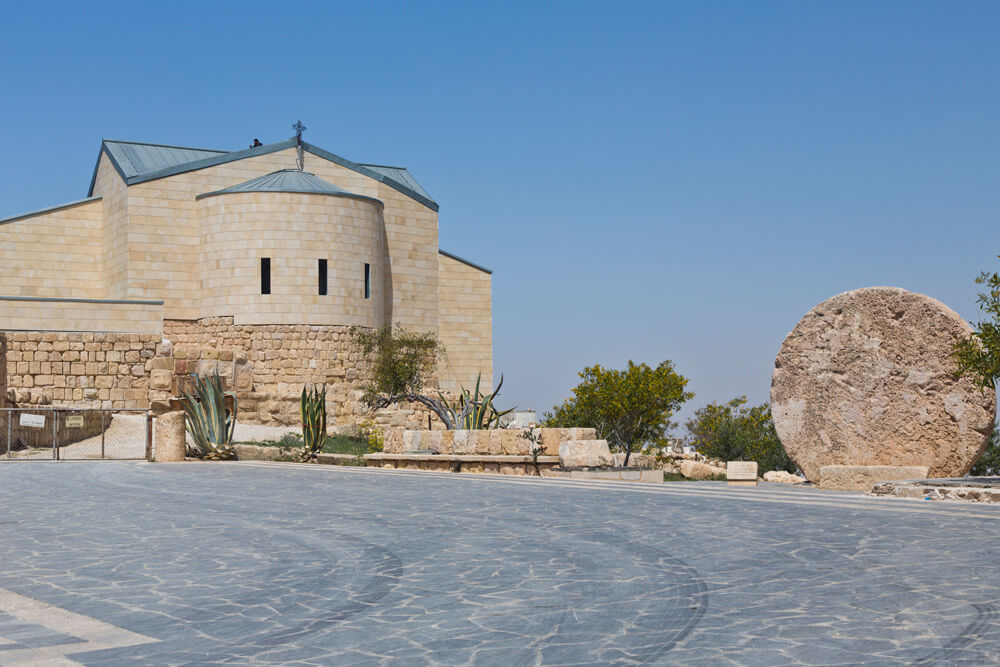 After passing through Immigration and Customs formalities, proceed to the Arrivals Hall where your English speaking driver will be waiting to transfer you to your hotel. Overnight: Amman

This morning we drive to Umm Qais, the old Decapolis city of Gadara, with its spectacular panoramic views overlooking the Sea of Galilee. The basalt basilica is believed to be the site of Jesus’ miracle of the Gadarene swine. We visit Jabbok, the place where Jacob wrestled with God who was in the form of an angel (Genesis 32:24-30). On to Jerash, one of the best preserved and most complete provincial Roman cities in the Middle East. With your guide, walk through Hadrian’s Arch to begin a 2 hour tour. See the Hippodrome, colonnaded streets, the Greek temples of Artemis and Zeus, Byzantine churches, Roman Theatres and more. Return to Amman. Overnight: Amman

Our tour begins with a visit to Bethany Beyond the Jordan, the place where Jesus was baptized by John the Baptist where Elijah and Elisha crossed the Jordan and the area where Joshua led the children of Israel led into the Promised Land. Next we drive to Mt. Nebo where Moses gazed across to the Promised Land before he died. Visit the old monastery and look out over the Jordan Valley, Dead Sea, Jericho and Jerusalem. Our third stop is at the 6th Century St. George Church in Madaba. The church is famous for the mosaic map on its floor showing all major biblical sites from Lebanon to Egypt. We drive to Machaerus where John the Baptist, imprisoned there for 2 years by Herod, was beheaded at the request of Salome. Drive to Petra. Overnight: Petra.

With your English speaking guide, walk through the 1.2km long Siq (chasm), passing shrines, tombs and carvings, to reach the lost city of Petra. See the magnificent Treasury as you exit the Siq, explore the Street of Facades, Roman Theatre, Royal Tombs, Colonnaded Street, Byzantine Church, Temple of the Winged Lion’s, Qasr al Bint, and the Petra Museum where your 3-4 hour guided tour will end. Climb to the Monastery and/or High Place of Sacrifice on your own. Overnight: Petra. During the Exodus, Moses and the Israelites passed through this area – local tradition says that the spring at Wadi Musa (Valley of Moses), just outside Petra, is the place where Moses struck the rock and brought forth water. (The Bible says that Moses was not allowed to enter the Holy Land but could only glimpse it from Mount Nebo because he struck the rock with his rod to bring forth water, instead of speaking to it, as God had commanded). Aaron, the brother of Moses and Miriam, who was called by God to be Moses’ prophet, died in Jordan and was buried in Petra at Mount Hor, now called JabalHarun in Arabic (Mount Aaron). A Byzantine church and later an Islamic shrine/tomb of Aaron were built on the summit of the mountain, which today attracts pilgrims from all over the world (3.5+ hour hike each way). The tomb can been seen from within Petra or surrounding areas.

After breakfast you will be transferred to Queen Alia International Airport for departure.